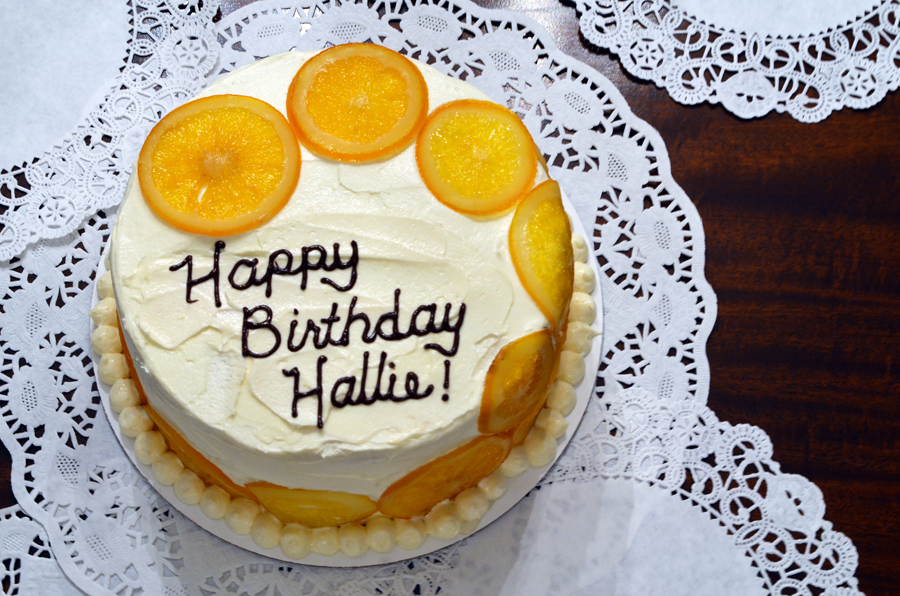 I love to bake.

Fairly obvious statement, right? You’re reading my baking blog, after all; hardly takes a genius to confirm the validity of that statement. But as I move along in life, and especially in the face of an impending move to New York City that might limit my baking activities (more on that later), I’m realizing that my love of baking has morphed into more of a need to bake. Baking is my response to nearly every situation in life: a friend just went through a breakup? Cookies. Someone just got a new job? Cupcakes! It’s hard for me to imagine a occasion for which baked goods would be inappropriate, but chances are I would bake anyway out of an anxious inability to respond any other way. My compulsion to bake for others has grown to the extent that I feel guilty having friends over without cookies to feed them, or showing up to someone’s house empty-handed. Which is why more often than not I end up lugging baked goods around unfamiliar cities while visiting friends, which is in turn how these cakes came to be!

The first time I met Hallie Brown was on the streets of Clinton, NY the night before move-in day of our freshman year at Hamilton College. We were going to be roommates, and while thus far our interactions had been limited to enthusiastic introductions online – she was a fan of avocados and cats, I of Jason Mraz and Latin – we hugged each other like we’d been friends for years when we met. (In case you’re wondering, yes: Facebook does save your whole private message history for posterity.) At 15 months post-graduation, we now actually have been friends for years, and I recently traveled to New York City for a weekend to celebrate her birthday before I join her as a permanent resident there in less than a week.

One of my favorite things about summer is the abundance of all things citrus-flavored, and since we were planning on spending a summery afternoon on Governor’s Island, I decided to try candying orange slices for Hallie’s birthday cake. Candying involves simmering the orange slices in water and sugar and, when done correctly, renders everything – even the peel and pith of an orange – edible. Unfortunately, my early attempts were unsuccessful and after gamely trying a few still-bitter orange slices, my parents and boyfriend politely resigned from their positions as taste-testers. 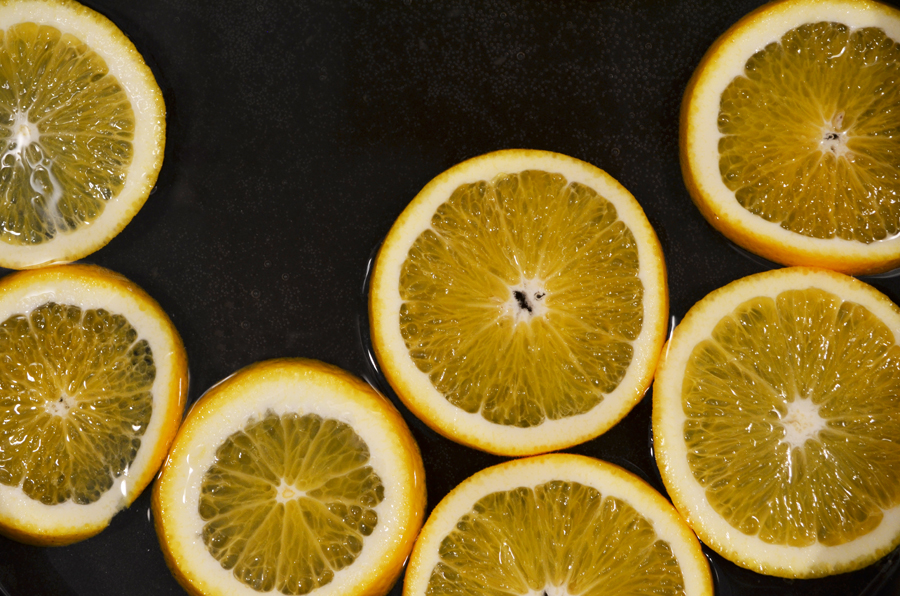 After letting the orange slices simmer for double the amount of time called for in the recipe, however, the candying worked perfectly; the oranges became beautifully translucent and – as I determined after tentatively assuming taste tester responsibilities – had developed a flavor that was neither too bitter nor too sweet.

I decided to use yellow cake and vanilla icing for the cake itself, since I didn’t want to compete with the flavor of the oranges and thought the slices would pop against a white background. After laying the oranges on the cake, adding a border to the bottom, and writing Hallie’s birthday message in melted chocolate, the cake was finished! 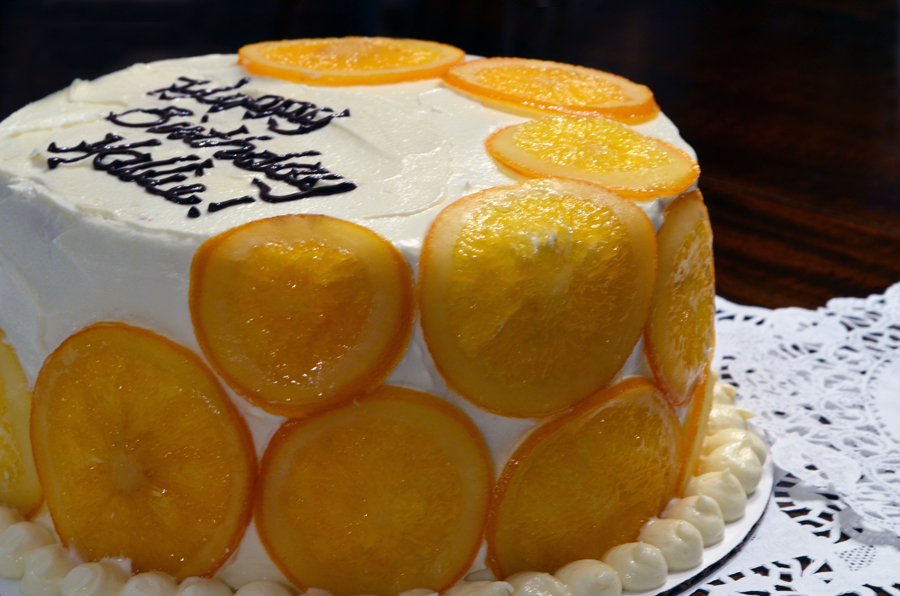 But there was a problem: I would be meeting two other friends for brunch in the city before Hallie’s birthday party, and the compulsive baker in me was distressed at not having anything to give them. Fortunately, I had gone a little overboard in baking cake layers – this was one of my last baking hurrahs before moving to New York and I was going to do it right, dammit – so I had an entire cake round, plus some orange slices and frosting to spare. Using my trusty circle cookie cutters, I cut smaller rounds from the leftover cake, frosted them, and then laid a candied orange slice on top of each to create miniature cakes for Deb and Carrie. Crisis averted! 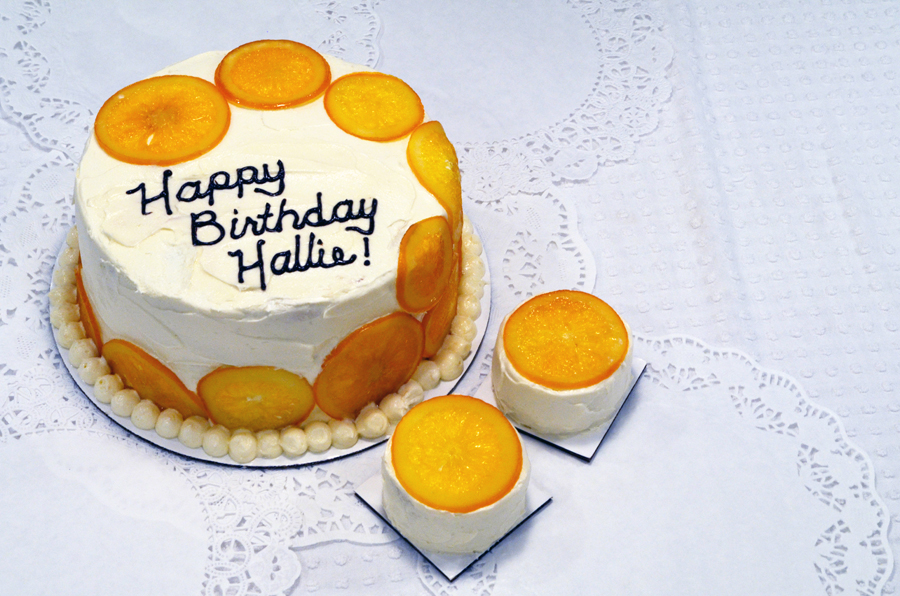 After wrestling the cakes into cardboard boxes for the long bus ride to and walk through New York City they’d have to survive (only to be eaten eventually anyway),  I was off! The weekend was a blast; I was lucky to grab Deb and Carrie for brunch before they head off for their senior year at Hamilton in a couple weeks, and while uncertain weather precluded a trip to Governor’s Island, a crowd of Hallie’s friends gathered at the Brooklyn Brewery to drink beer and celebrate her birthday.

And, of course, to eat cake that was only slightly the worse for wear after a trek through New York City.

Yellow Cake & Vanilla Frosting: Both of these recipes come from the same Real Simple Cake Story I used for my macarOon cake. The recipes are basic but delicious, and – except for the whole milk for the cake – call for ingredients that I always have on hand. A double recipe of the cake recipe baked in 9-inch pans will give you enough to make a 4-layer cake – or a 3-layer one with some left over for little cakes!

Candied Oranges: I tried several recipes for candied oranges before hitting on this one from David Lebovitz’s website. Many of the other recipes I found had ratios of sugar to water that heavily favored water (resulting in failure to candy on my oranges’ part), but David’s called for equal parts sugar and water that, when combined with doubling the amount of simmering time he suggests, resulted in near-perfect candying. Because orange slices float in liquid, I found that the best way to go about candying them is to use a pan wide  enough fit the slices in a single layer, then to flip them every 5 minutes or so to allow even candying.