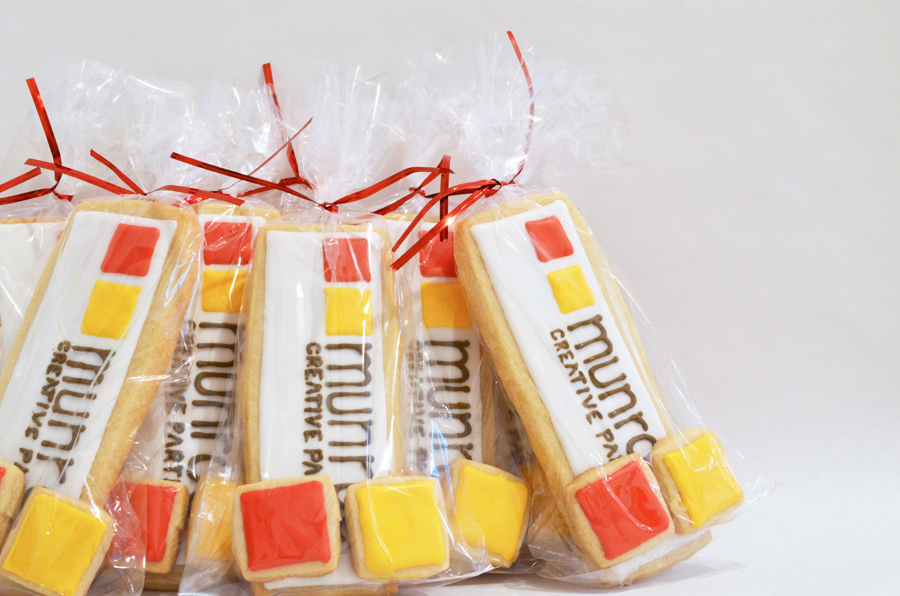 Two weeks ago I received a call from Martha Stewart Living, requesting that I come to NYC to interview for a position. Four days later I had the job, and tomorrow I begin work with my dream company! Suffice it to say, it’s been a whirlwind past couple of weeks: not only have I been busy searching for an apartment in New York (an epic quest in and of itself, on par with Homer’s Odyssey) and vaguely wondering if I’ll be able to survive with my surfeit of baking and complete lack of cooking skills, but I’ve had to finish up my internship at Munroe Creative Partners – and say goodbye to the people I’ve been working with for the better part of a year.

And what a “better part of a year” it’s been! I learned so much during my time at Munroe: the importance of – and how to recognize – good design, how to succeed as a woman in business, and the best way to dispose of an erstwhile pigeon that’s found its way into the office. I met incredibly creative art directors, worked under project managers whose skill at managing clients – and interns – was unsurpassed, and was privileged to assist the President & CEO of the company, Judy Munroe, a true force of nature in Philadelphia.

I wanted to do something special to thank everyone at Munroe for a fantastic internship, so I decided to bake cookies decorated with the company logo for my last day at the office.

Now as you might expect from the author of a blog called in certain circles, the thought of decorating cookies with a design so…angular made me break out in a cold sweat; but, remembering who I was baking for and why, I gritted my teeth and got out my protractor.

I’d originally planned to make just one large logo cookie for each person in the Munroe office, but after baking and decorating the cookies with royal icing, I realized that I needed (fine, wanted) to make something more. Fortunately I had leftover sugar cookie dough (as with my candied orange cakes, sometimes “too much” turns out to be just enough) and decided to make small cookies shaped like the squares in the Munroe logo in addition to the larger cookies. 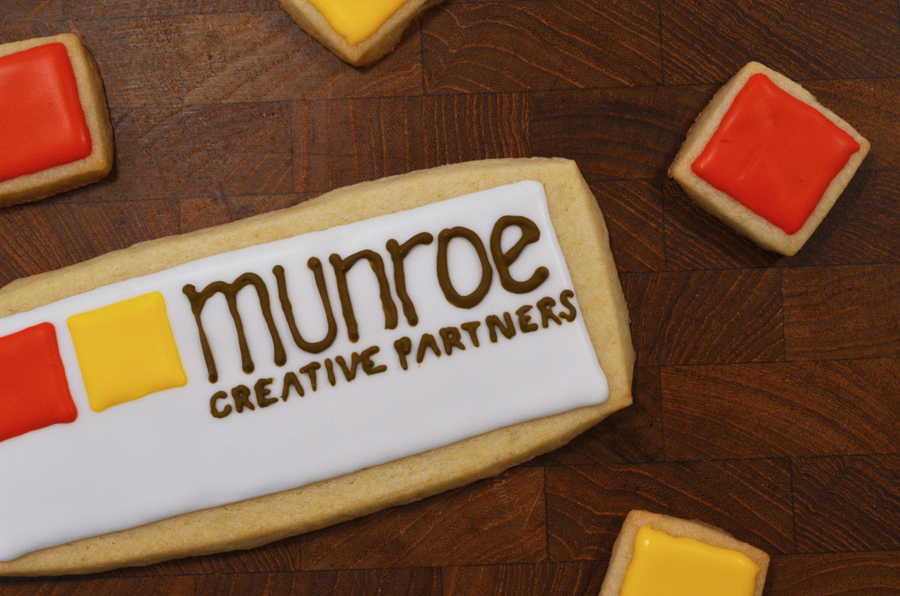 Put into clear plastic treat bags and finished off with small red cards, the cookies looked great and gave me the opportunity to say individual goodbyes on my last day. Fortunately the company has an office in New York City, so I’ll still be in Munroe territory after I move: hopefully this was a “see you later” rather than a goodbye!

I said in my very first post here at in certain circles that you were most welcome to come along with me as I figure out where this blog will take me. So far, it’s taken me to a company I’d barely dared to dream of working for, and to a city I didn’t think I’d ever live in. You’ve come with me this far, and now I invite you to stay with me as I learn to bake on a budget in New York City. Prepare for laughs as I attempt to navigate the tiny kitchen space of an Upper West Side apartment and haul baking supplies up a three-floor walk-up, and bear with me as I improvise photoshoots without a DSLR camera and my parents’ extensive china collection.

So to everyone at Munroe and my readers here, thanks for supporting me and getting me this far: 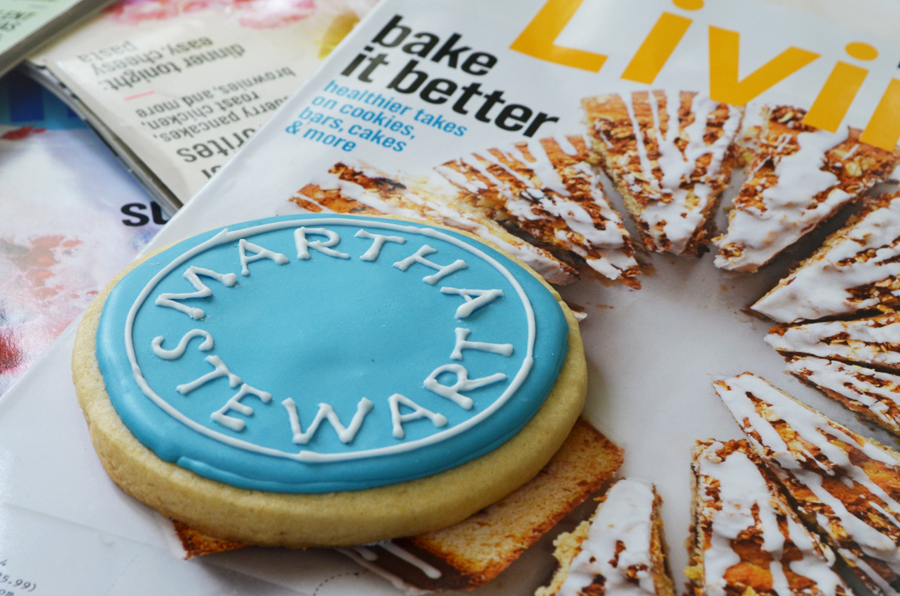 Sugar Cookies: I used the same Martha Stewart Living cookie recipe that I used for my fireworks cookies. Remember to leave the cut out, but unbaked, cookies in the fridge for as long as you can before putting them in the oven – it’s the best way to ensure that the cookies spread minimally while baking and stay close to your desired shape.

Royal Icing: I also used the same Sweetopia royal icing recipe from the fireworks cookies: these two recipes make for a versatile combination that can be baked and decorated for any occasion! While the icing recipe and associated tutorial have great instructions on how to get the right consistency for flooding (i.e. having the icing spread out into a smooth surface), you may want a stiffer icing for smaller decorations and writing. You can achieve this consistency by either adding less water to the larger icing batch, or by adding more confectioners sugar to a small amount of icing that has already been thinned out for flooding.