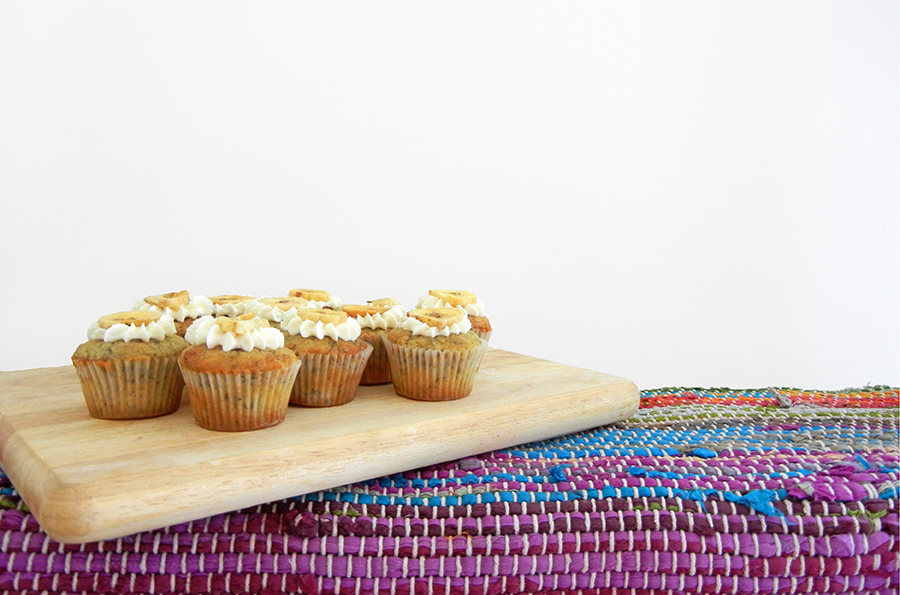 Fruit kept in an 85° kitchen starts to go bad in a New York minute.

That was one of the first lessons I learned when my cousin Gwen and I moved into our apartment on the Upper West Side about a month ago. While New York real estate has a reputation for being cramped and dark, we were lucky enough to find an apartment that’s surprisingly spacious, with a decently-sized kitchen and plenty of natural light. Those last two features have been instrumental in enabling the continuation of this blog, whose survival was one of my major concerns about moving to New York City (in addition to the whole “how am I going to feed myself” thing, which seems to have worked out so far considering I’m neither dead of food poisoning at my own hand nor suffering from scurvy).

The one thing our apartment doesn’t have is any air conditioning units. Being the thrifty New Yorkers that Gwen and I are, we figured that we would push that expense off until the spring, since we would only have a few more weeks of hot weather to suffer through until fall arrived. And hot they were: Gwen had brought a thermometer with her, and with its help we watched the kitchen reach frequent highs of 87°, with the lowest recorded temperature hovering around 79°.

So naturally, when I brought home a bunch of bananas (in an attempt to eat healthily and avoid the aforementioned scurvy) it should have come as no surprise that they immediately started to turn brown and mushy faster than I could eat them.

Fortunately, when Life hands you mushy bananas, you simply ask it to pass you a few more ingredients and make banana muffins!

I hadn’t baked in my apartment yet, and thought that the muffins would be a good, hard-to-mess-up first recipe to try in an untested oven (which, as a point of interest, emits a faint high-pitched rattle with every footstep in the kitchen, such that any stroll across the floor is basically accompanied by the violin shriek from Psycho).

So, with the oven (and the ambient temperature in the room, or so it felt) turned up to 350°, I aimed a fan at my work area and jumped right in. The fun thing about apartment baking, as I discovered, is how inventive and thrifty you have to be about finding enough surface area to place bowls and ingredients: before I knew it – and this was a relatively simple recipe – all available counter space, the stove, and the top of the fridge were completely covered. But after finally retrieving all the ingredients from their various outposts around the kitchen and consolidating them into mini muffin tins, there was little left to do but throw the batter into the oven and hope for the best.

25 minutes later (the recipe suggests 10-15, but our oven doesn’t quite make it to 350°) the apartment had been successfully christened with baked goods! While muffins – generally a humble, visually unassuming member of the baked goods family – don’t usually call for a lot of flashy decoration, I wanted to add some embellishment to mine. Fortunately, with banana muffins on the brain, I had picked up some banana chips at Trader Joe’s earlier that night: after whipping up a small batch of vanilla buttercream, I put a dollop of frosting topped with a banana chip on each muffin. 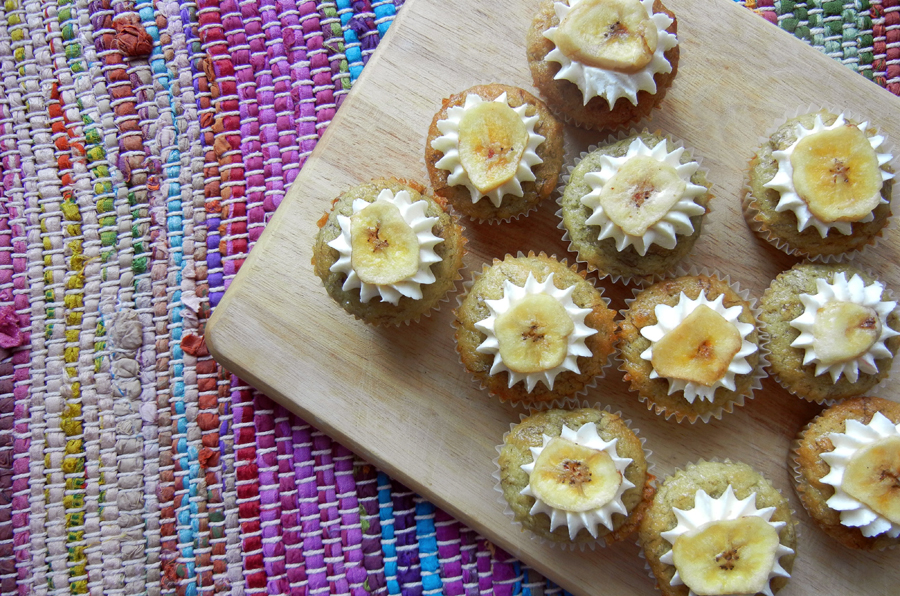 Of course, the best thing about baking mini muffins is that the recipe makes a huge quantity; in addition to having plenty leftover for snacking around the apartment, I also brought a bunch with me to the beach with friends the next day (all of which we simply had to eat, as the sun was melting the frosting). Kate was also coming to visit our apartment for the first time that weekend, and – since I’ve been conditioned over the past few years to have baked goods for her when I see her in the city – I boxed up some muffins with a pretty label for her to take home as well! 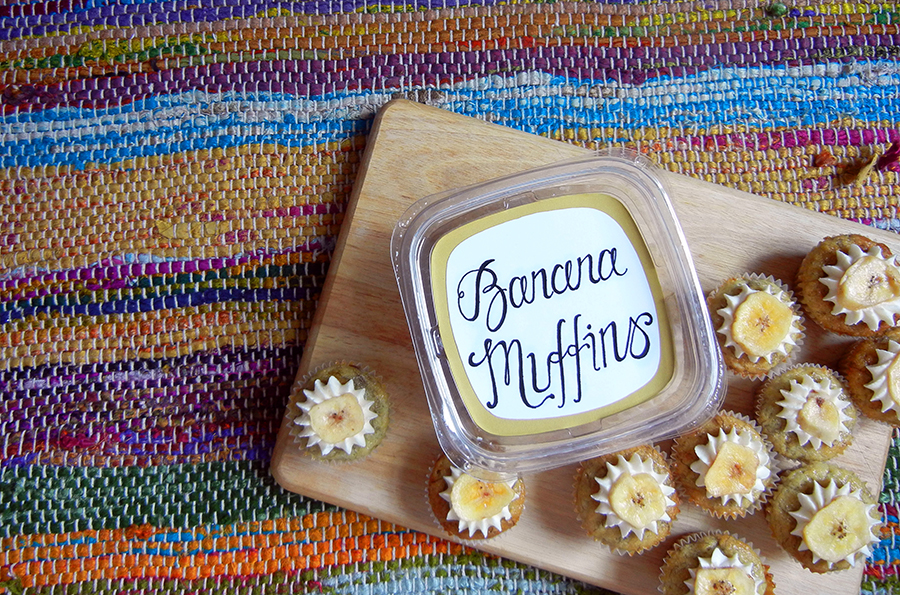 So, the old adage is true – when Life hands you some sort of food product, you can generally (metaphorically or literally) make something of it.

But if Life is listening, throw some pumpkins my way sometime soon: ‘tis the season, after all, and there’s a pumpkin tiramisu I’m dying to try.

Banana Muffins: I got this recipe from Allrecipes.com; it was the first hit that came up in my Google search for “mini banana muffins”. I found other recipes that were more complicated and called for specialized ingredients, but when you’re building a pantry on a budget and not baking for a formal occasion it’s always nice to find a solid recipe that won’t break the bank: this one tasted great and didn’t require any ingredients that I didn’t already have in my kitchen.

Vanilla Frosting: If you’ve read any other posts of mine, you can probably guess where this frosting came from, and you’d be right: it’s my trusty vanilla buttercream from Real Simple! Like the banana muffins recipe above, this frosting can be made without a special trip to the grocery store for ingredients: while a lot of buttercreams call for whole milk (not something I usually keep in my fridge), this recipe simply requires confectioners sugar, butter, vanilla extract, and kosher salt – all of which I usually have on hand.