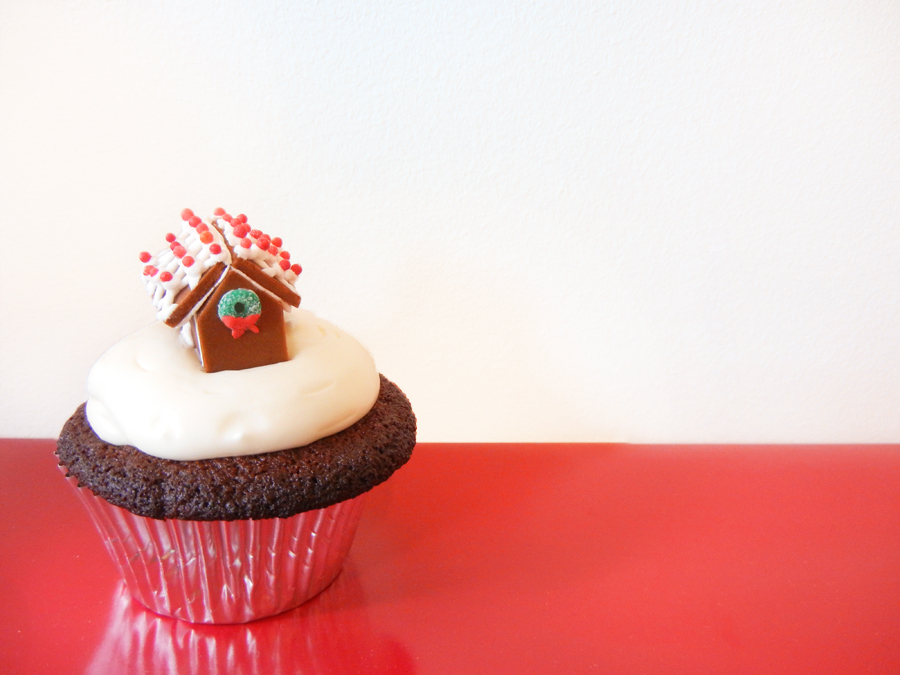 Gingerbread houses are the biggest tease of the holiday season.

I mean, the witch in Hansel and Gretel had it right, you know? Luring kids in with a house made entirely of candy: brilliant. But you know, Hansel and Gretel were lucky, because – and admittedly it was a bad move that ended in their near death and probably the mother of all sugar crashes – they got to eat the gingerbread house they stumbled across.

The rest of us? Not so lucky. Throughout the month of December, we’re faced with beautiful concoctions of gingerbread and candy that we’re not allowed to touch, much less eat. Sure, if you’re the architect in charge you can nibble on some of the building supplies during construction, but once the house is complete it’s a display piece, untouchable. Even if you were allowed to sample the goods, the gingerbread would break your teeth, the royal icing contains raw egg and could make you sick, and even if you didn’t care about salmonella, good luck prizing candy out of the frosting because once that stuff sets it’s as good as concrete.

So, we have a conundrum – how to get the visual appeal of a gingerbread house, but in an edibly-safe-and-acceptable form?

Now, this is the first time I’ve ever featured cupcakes on in certain circles, which might seem a bit strange considering the recent national obsession with the dessert. I enjoy eating cupcakes as much as the next person; I just don’t frequently bake them because I don’t find them as fun to decorate as cookies, cakes, or even tiny petit fours.

But I knew cupcakes would serve as the perfect base for miniature gingerbread houses, so here they are making their debut on the blog!

My first step was to figure out how to construct the gingerbread houses: since they would have to fit on top of a roughly 3” diameter cupcake, I knew – unfortunately – that making them out of real gingerbread was probably out of the question. At that scale, it would be difficult, if not impossible, to bake gingerbread pieces of uniform size. I decided, therefore, to make the houses out of fondant, but to place them on top of gingerbread cupcakes so the essential flavor would still be there.

So, after finding a template for gingerbread houses online, shrinking it to the necessary size, and making templates out of the lid of a plastic raisin container (never throw anything out, folks), I dyed some fondant brown and cut out the walls and roof pieces I would need to construct my miniature houses. These sat in a container in my kitchen for a couple of weeks so they would be sturdy enough to glue together without bending or breaking. 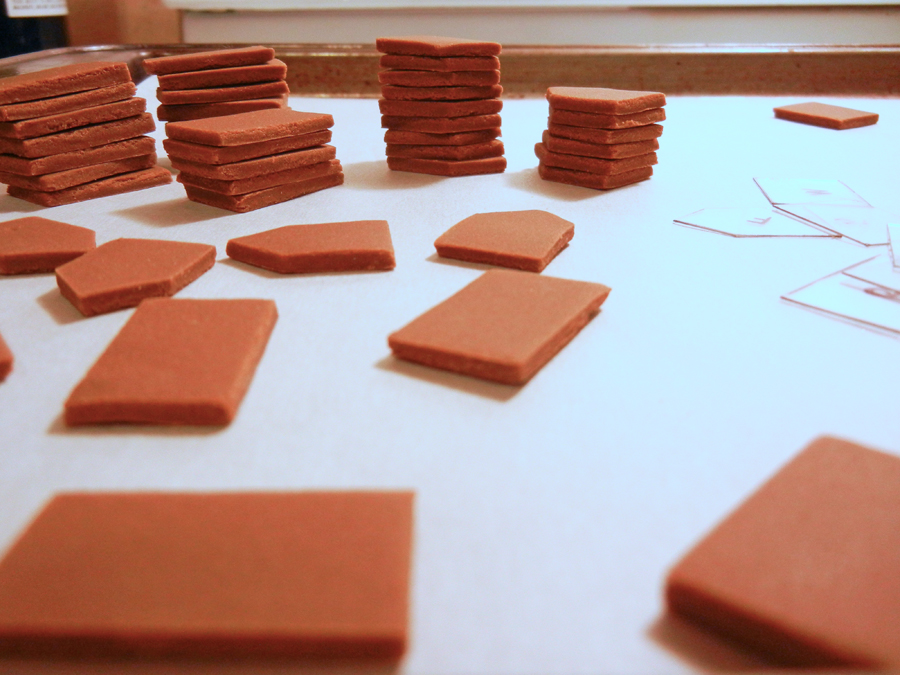 Meanwhile, I had to figure out which candy I was going to use to decorate the houses; generally when decorating a gingerbread house any candy will do, but when the walls measure .5” inches in length, you have to do a bit more creative thinking than usual. I finally settled on green and red sour belts for the houses’ doors and wreaths, and found nonpareils with multi-colored round candies on top that would work well for additional embellishments.

When I woke up the second Saturday in December feeling slightly under the weather, I knew it was the perfect weekend to make the cupcakes. After all, I wasn’t fit to be in public anyway (it’s amazing how spacious subways feel when every other passenger is straining to get as far away from your coughing as possible), and no one would chide me for being anti-social when I was staying in trying to recover from a cold.

So I began! After making a batch of royal icing (made with meringue powder and cream of tartar instead of raw eggs to make it safe to eat), I sat down to assemble my houses, the pieces of which were now sturdy enough to meet even the most stringent construction regulations. After gluing the houses together with the icing, I cut out doors and wreaths from the sour belts and pulled the red candies off of the nonpareils for roof decorations. 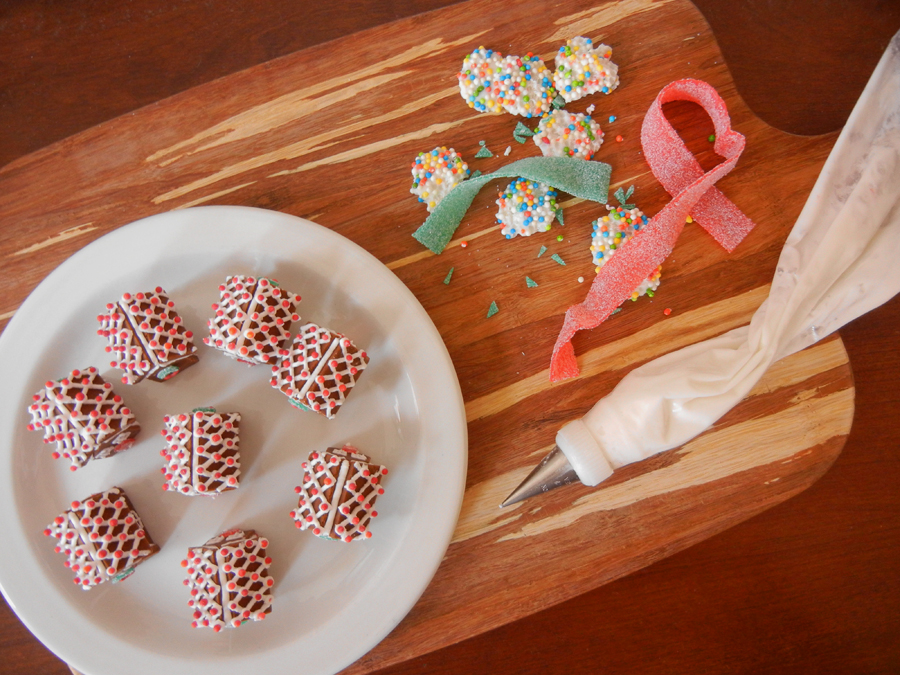 After several hours of decorating, helped along by many episodes of Scandal (I know, Love Actually or The Grinch would have been more seasonally appropriate – but hey, an addiction’s an addiction), I had ten adorable gingerbread houses for the top of my cupcakes. 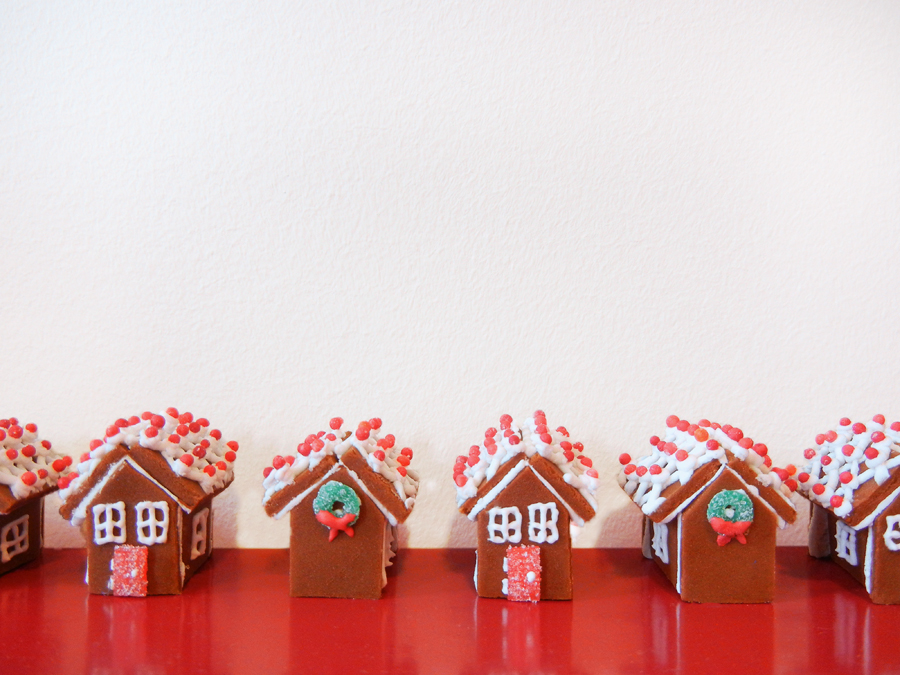 Now all I had to do was make the cupcakes and the cream cheese frosting that would serve as the snowy landscape for the houses. The only tiny problem was that whenever I make cream cheese frosting, it never quite sets in the way that other buttercreams do; the result was that the mini gingerbread houses sunk a bit further into the “snow” than I had anticipated, suggesting that either the houses had been built on a swamp or that a recent snowfall had been heavy enough to block doors and windows. (Since I was the architect on the project and wanted to avoid a reputation for shoddy work, I went with the heavy snowfall version of the story.) 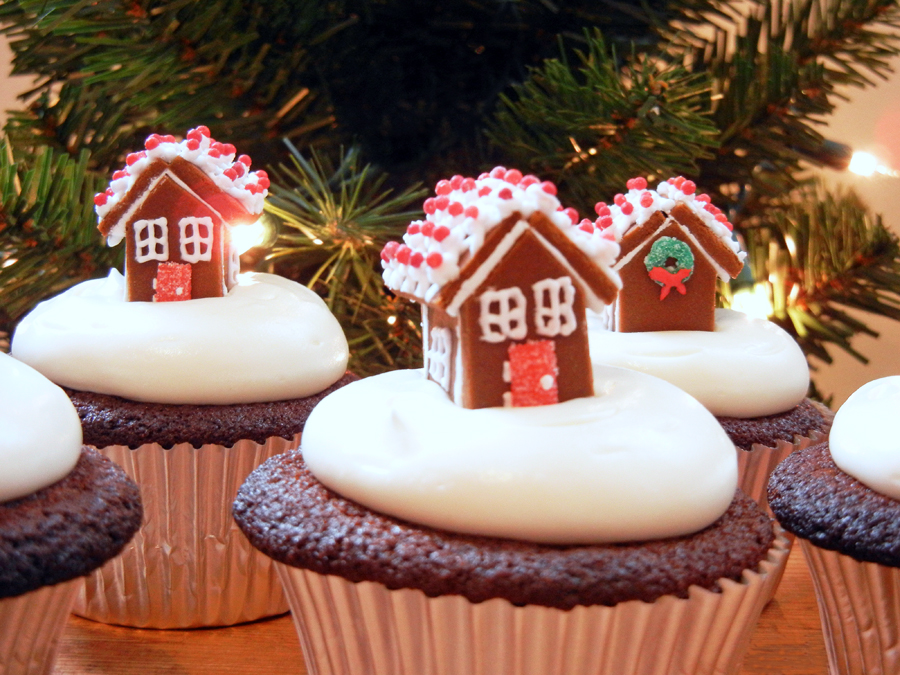 After taking a couple of cupcakes to my sister Kate and her roommate Amy (who seem to have become my official NYC taste-testers – thanks guys!) I had just the right number of cupcakes left to bring one to everyone in my row at work.

That’s where things got interesting.

When you work at Martha Stewart Living, you get used to seeing amazing things around the office – decorations, DIY projects, baked goods, you name it. For perspective, just a few days before I brought in my cupcakes the food development team had unveiled a gingerbread version of Downton Abbey, accurate down to the last turret. So when I brought my cupcakes in, I expected the usual appreciation that comes with the contribution of baked goods: nothing more.

But late in the afternoon I was discussing how I’d made the gingerbread houses with a coworker when she called over an elegant blonde woman walking by our row. Shown the cupcakes, she asked if she could take one down to the kitchens to show the team that had just finished making the Downton Abbey gingerbread house. She briefly introduced herself, but since I have a bad habit of concentrating so fiercely on not being awkward during introductions to the exclusion of anything else, I promptly forgot her name.

After she’d asked me my instagram username, thanked me for the cupcake, and left, I turned around to find my coworkers grinning at me. Confused, I asked them who the woman was. 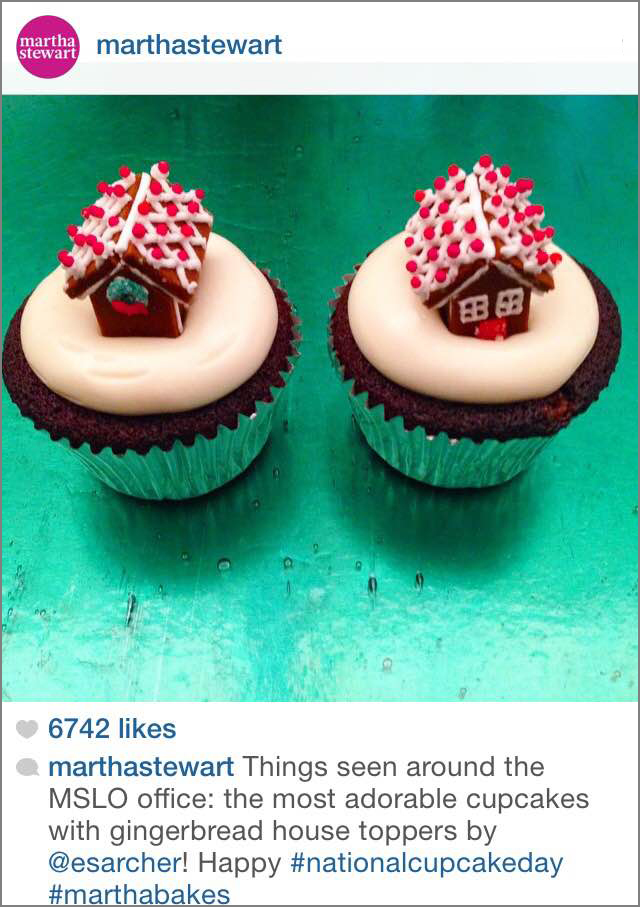 When I last checked, the image had nearly 7000 likes, an almost incomprehensible number for someone who is genuinely thrilled with 30. All of the comments on the photo were flattering, but I have to say my favorite, and the most accurate, was from user alli_jen915:

“Adorable! Someone has too much time on her hands though… Peats sake!”

Royal Icing: I used my tried and true royal icing recipe from Sweetopia to construct and decorate the miniature gingerbread houses. Keep in mind that Sweetopia’s recipe is designed for a thinner icing that’s great for flooding cookies but not ideal for detail work; here, you need a thicker icing that will stay where you put it rather than spreading out. Just add more confectioner’s sugar to the icing until it reaches the necessary consistency.

Gingerbread Cupcakes & Cream Cheese Frosting: I found these recipes on the blog Sally’s Baking Addiction. Pay attention to her warning about over-baking the cupcakes: I’m still trying to figure out my wonky apartment oven and left the cupcakes in just a bit longer than recommended, and they came out slightly overdone. Fortunately, though, the cream cheese frosting made up for the cake’s minor dryness.